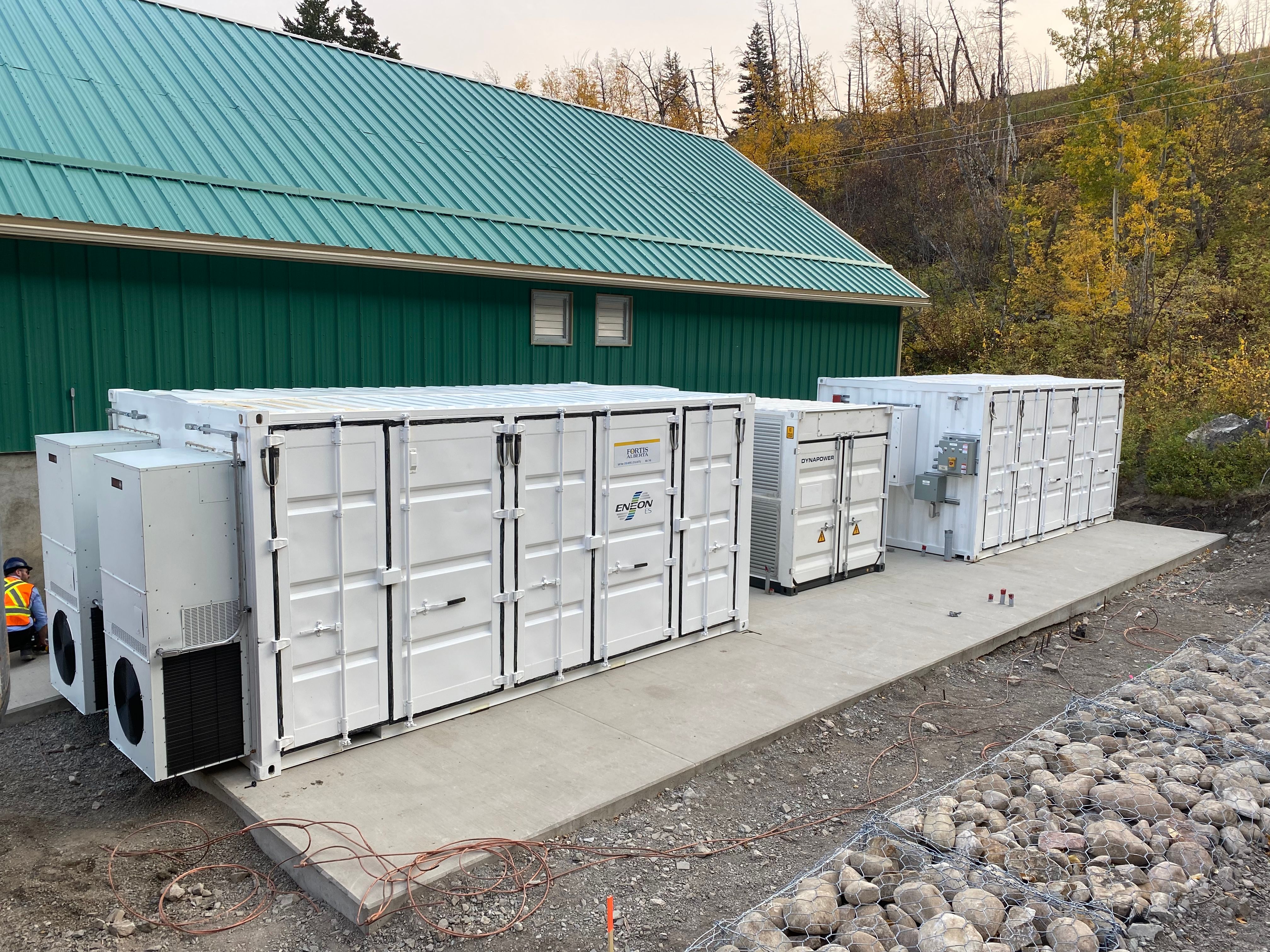 Calgary-born company Eneon-ES, a joint venture between Tundra Process Solutions and Canadian Energy, is poised to be a North American leader in battery energy storage systems.

Using the expertise of the two established local companies, the focus of Eneon-ES is on the design and integration of large scale, customized, turnkey battery storage systems.

There have been great strides in the collection of power from wind and solar operations, but energy can only be collected when winds blow and the sun is up. The need is to be able to store the power they generate until it is required, offering grid stability as well as better energy management.

The answer is a proprietary control system built upon the 33 years of expertise of Canadian Energy in the battery energy world, coupled with Tundra’s 22 years of integration excellence.

Tundra was founded in 1999 and currently employs approximately 150 people engaged in maintenance and technical services to customers in western Canadian midstream oil and gas, oilsands, petrochemical, mining, forestry and municipal sectors. It also distributes a diverse range of industrial process equipment from facilities and local sales offices in Alberta, B.C. and southern Saskatchewan.

On Dec. 30, it was announced that Wajax, Canada’s longest-standing and most diversified industrial products and service provider, had entered into a definitive agreement to acquire Tundra for a total consideration of $99.1 million.

Tundra CEO Iggy Domagalski — who welcomed the new partnership with Wajax that will allow the Calgary company to instantly grow its volumes by leveraging their combined relationships and branch networks — will remain in his current role while serving as an active board member of Eneon-ES.

Canadian Energy, supplier of batteries and renewable energy, was founded by two brothers who opened a battery store in Lethbridge in 1987; now based in Calgary it has 10,000 distributors Canada-wide.

CEO and co-founder Shawn Sauer is also serving as a board member of Eneon-ES.

President of the company is Ken Franklin, a man with more than 20 years in project management and practical engineering experience, who has been with Tundra for the past seven years working in its integration and building systems division. Ken Franklin is president of Calgary company Eneon-ES, which is poised to be a North American leader in battery energy storage systems. PHOTO BY SUPPLIED /Postmedia

The integration and execution team of Eneon-ES is based in Calgary, continuing to share office, storage and indoor integration space at Tundra, along with a six-acre fabrication yard.

The battery energy storage systems are built into 20- to 40-foot used shipping containers, refurbished to strict guidelines for safety protocol and fire protection.

The engineering, testing and R&D team are based in a Markham, Ont., facility.

Eneon-ES director of business development Jason Beacock says the company has carved out a unique niche in providing customized battery storage systems as well as standardized units, helping it to achieve significant growth.

A fast-growing list of clients are located across North America, from a Massachusetts client asking for 1.2 MW of storage to be condensed into a 20-foot shipping container while still maximizing solar production from an oversized solar array, to providing off-grid power to four semi-mobile research stations powered by solar energy within the Arctic Circle.

In Grande Prairie, Eneon-ES designed a facility to support an electric bus charging infrastructure at a local municipal service yard, and in southern Ontario it was responsible for the design, procurement and build of a micropower system to a completely off-grid aircraft hangar.

In the U.S., several states have already mandated the implementation of battery energy systems to facilitate renewables into their electricity grids.